“Hello,” I answered to indicate that, while I was in fact learning French, I didn’t think ‘Where is the bathroom?’ and ‘My dog is beautiful and intelligent’ would be particularly helpful in this moment.

“Do you have any weapons, firearms, commercial goods?” he asked.

“No,” I replied easily, my hands resting on my steering wheel.

“How many baw-tles is that?”

He raised his eyebrows and looked at the officer in the booth behind him. They began having a hushed conversation. He turned back to me, looking like he was trying not to smile.

“Are you planning to leave them all in Canada?”

“That was the plan,” I said, smiling nervously.

“Why do you have so much wine?”

You don’t get out of this booth much, do you, sir?

“Well, I’m visiting a friend and I thought I should be a good guest and not show up empty-handed… She’s having friends over this weekend to welcome me…”

I wasn’t entirely sure if this was true, but it could be true.

“The first two bottles are free, but you’re going to have to pay a duty charge on the others. You can decide if it’s worth it to keep them. Just pull to the left and go inside.”

$61.90 ($46.30 USD) later, I was back on the road to Nova Scotia, my bubbly safely nestled in my trunk where it belonged. What’s more, my cell service was as bright-eyed and bushy tailed as the border patrol officer (unlike during my most recent adventure…). Things were looking good.

When I hit the small university town of Wolfville, Nova Scotia, nestled an hour northwest of Halifax, I easily navigated the two blocks to my AirBnB apartment. As I was about to pull up the steep driveway, I saw a college-aged woman coming down the sidewalk. I paused to let her pass, but instead she knelt down at the corner of the driveway. My gaze followed her reach and I soon realized she was picking up a large branch that was lying in my path. She moved it aside and grinned at me.

It took me a moment to realize that she was not only offering roadside clean-up, but also allowing me, the non-pedestrian, to pass in front of her.

Oh holy cannolis. I am not in Jersey anymore.

As soon as I unpacked, I checked my phone.

“I can pop over in a little bit to say hi and we can make a plan for tomorrow, if that works!” my most recent text read.

After years of communicating through our blogs and joking-but-not-really about me visiting, I was finally within a few short kilometers of one of my oldest bloggy friends, Sandy from Sandy the Social Butterfly. We’d never video chatted or talked on the phone, but I wasn’t worried. Over the years I’d had nothing but sparkly experiences meeting other bloggers in person. 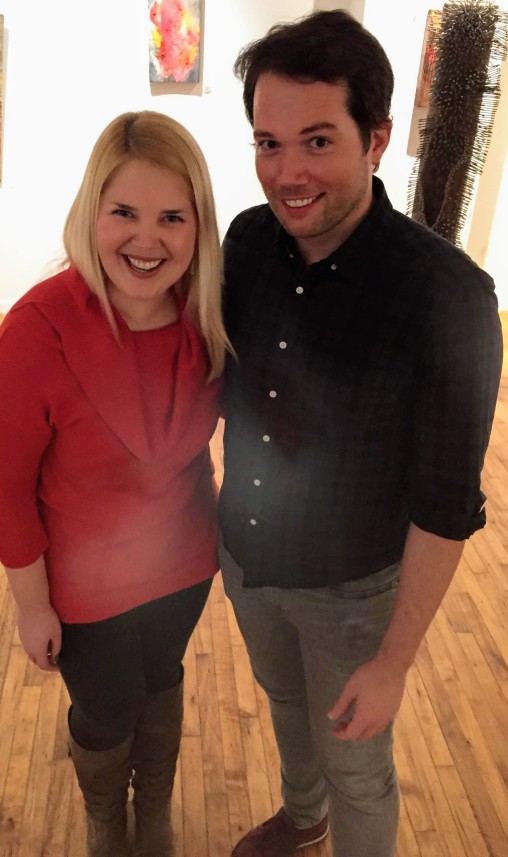 Sandy arrived a few minutes later and immediately gifted me a bottle of her favorite Nova Scotian wine. Her stunning bright blue eyes sparkled and she was dressed to kill. Meanwhile, I was covered in 10+ hours of car funk and not sure if I’d remembered deodorant.

And I’m only in sneakers, I thought. I didn’t miss my heels, which I’d left back in New Jersey, knowing my 3+ weeks in Maine and Canada wouldn’t call for them.

We gabbed enthusiastically before heading a few blocks downtown for a glass of wine, quickly falling into conversation like old friends. The waiter took our photo and made sure we’d promise to tell him if he should take another one. 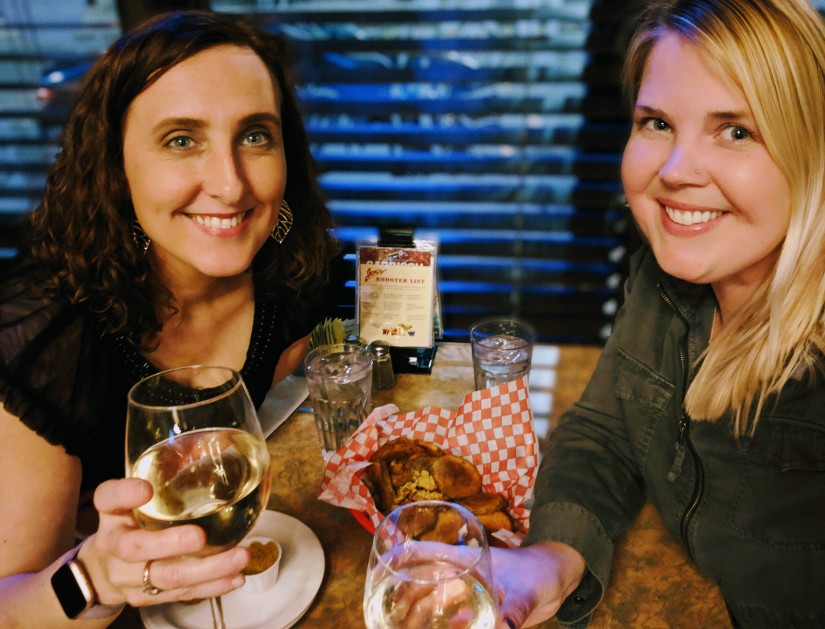 “Canadians are so nice it almost makes me uncomfortable,” I confessed to Sandy.

Over the next few days, Sandy showed me around town, took me to wineries, kicked my ass in her boot camp class, arranged a gorgeous hike, and introduced me to her friends. (Too bad they were real bitches.) 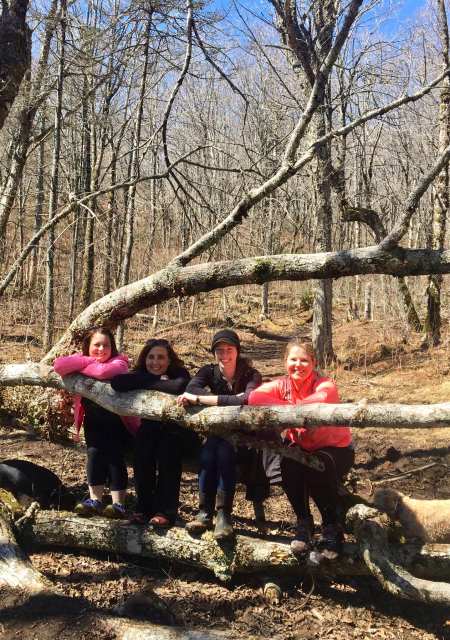 P.S. – Even the dogs in Canada are nicer.

How does it feel when you travel? Do the people start getting nicer…or not?

17 thoughts on “Canada: Just Like the States Except Not At All.”