Even from 3,000 miles away, I could hear the wry cackle that always brewed beneath my best friend’s words. I adjusted the phone.

“I think you just gave it,” she replied.

It was April 24th. I had been social distancing since March 7th. ‘I was born for this,’ I joked in the beginning. A classic introvert, I’d spent years coming up with convincing excuses to spend Friday nights at home, alone, mainlining peanut butter straight from the jar. ‘I just feel bad for all of my extrovert friends,’ I added.

Throughout March, a persistent, medium-level anxiety infused even my most treasured pastimes. Like other single, middle-class, white women in their 30s, I obsessively consumed the news, processed carbs, and every quarantine-themed offering on Netflix. As I flipped between State of the Union addresses, my 401k balance, and Kate Winslet with an American accent, I couldn’t decide which was most horrifying.

“I’m loving this time,” one of my most extroverted friends confessed in an email in the beginning of April. “It’s fascinating to me how taking away the option to go places and DO things lets me just be present and focus on all the other stuff I love to do.”

I stared at my computer screen. “Loving this time”? This was the guy who needed to install a revolving door on his guest room. This was the guy who helped convince me to move 3,000 miles away, from New Jersey to Oregon, to enjoy the community he and his wife single-handedly created! What is happening?

A few weeks later, my phone lit up with a text from The Second Most Extroverted Person in Oregon.

“How are you holding up?”

“I’m two seconds from drawing a face on a volleyball,” I fired back.

“LOL I’m actually getting used to this,” she replied.

Once again, I stared at the screen. Seriously? What is HAPPENING?

A roster that would have made me salivate in February now looked a To Do list from hell. (Okay, John Krasinski still looked pretty good.) As I stared at my dog, my lone companion and tragically underpaid therapist, I felt my Queen Introvert crown slide from atop my head, hitting the ground with an unceremonious thud. If a throne crumbles in quarantine and nobody’s there to hear it…

By September, my world was, quite literally, on fire. Record-breaking forest fires raged throughout California and the Pacific Northwest. Entire towns destroyed, lives lost, families displaced. As the air quality in Bend, Oregon reached “hazardous” levels, I cast one last look at my dusty crown and smoke-filled apartment before jumping in the car and flooring it. 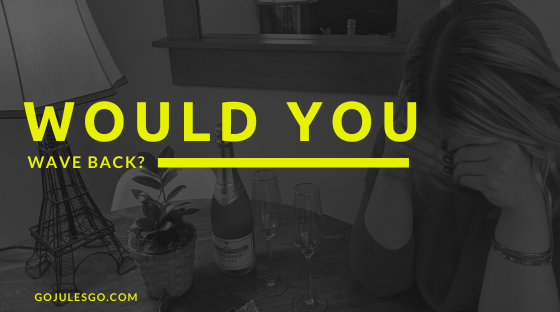 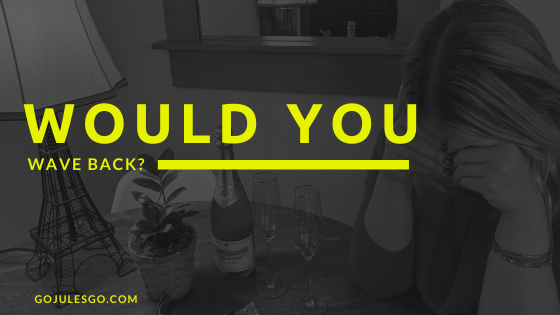 Hot tears form in my eyes and my heart races.

“Can you explain what’s not working?”

“I don’t understand why this is an issue for you.”

I swallow, surrendering to the tears, my face as red as a stop sign. In fact, I wish I had a stop sign so I could hold it up instead of trying to find the right words. I know I’m crying, but I’m not sad! I’m…mad. I have a million things I want to say, a million eloquent, valid points, but they simply won’t rise to the surface.

All I can seem to utter is an emotional, “I don’t know, it’s probably just me. I’m sorry.”

Does this sound familiar? Every time I’m faced with a difficult situation, my body immediately goes into fight or flight mode. Picture your worst stage fright coupled with a funeral, and then those two things have a baby with the ugliest argument you’ve ever had. That’s kind of how my body reacts when it senses anything resembling confrontation.

Meanwhile, my mind has been turning over well-spoken, rational explanations for weeks, possibly months. Long, one-on-one conversations with close friends affirm that I have a sane, solid handle on the matter. Yet all of that goes out the window the minute someone signals it’s “showtime.”

In fellow introvert Jessica Pan’s moving and hilarious memoir, Sorry I’m Late, I Didn’t Want to Come, she tells the story of trying to overcome her introversion by giving herself a series of daunting tasks over the course of one year, ranging from hosting a dinner party to stand-up comedy. In one challenge, given to her by a coach, she has to talk to strangers in London’s Underground. Not just talk to them, but ask the ridiculous question, “I’m sorry, I forget, could you remind me, is there a Queen of England, and if so, what is her name?” She was shocked to find that people actually responded.

“Nobody waves,” her coach explained. “But everybody waves back.”

I used to think something was seriously -I mean seriously- wrong with me. In fact, the feeling was so deep-seated that I didn’t even realize I still carried it until recently, after reading both Susan Cain’s Quiet and Jenn Granneman’s The Secret Lives of Introverts. 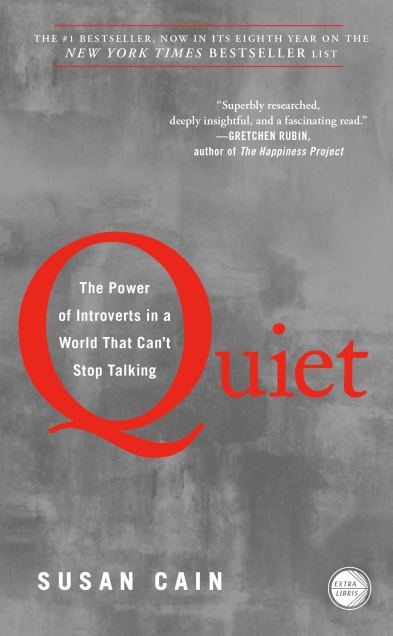 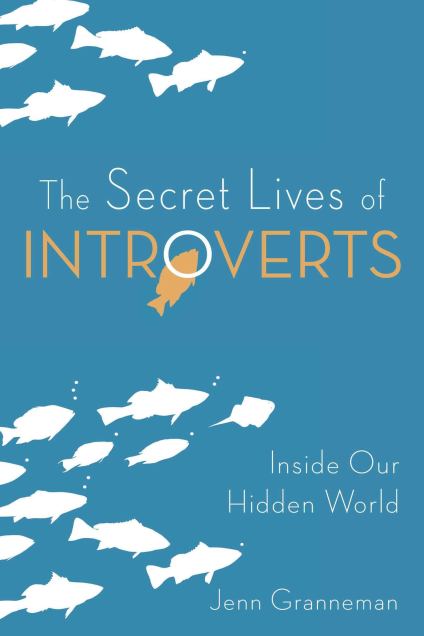 Turns out… I’m (we’re) normal! There are other people like me (us)! I always knew I was an introvert, but some part of me never let go of the notion that it was something to fix. Gotta give that presentation, gotta speak up in meetings, gotta tell charming stories at that dinner party… And I did. And I do. Sometimes it’s even kinda sorta okay! But it’s never, ever without sweaty palms and a racing heart.

While it’s deeply soothing to know that this reaction to stressful situations -including those uncomfortable confrontations- is actually just part of the introvert package, I can’t help but continue to wonder what my life would look like had I been born an extrovert.

How many more relationships, promotions and opportunities might I have experienced if, instead of crying and stumbling through awkward moments, I spoke my piece with confidence? …Would I be willing to trade my entire identity -including my introspection and “hyper” sensitivity, as some have called it- to find out?

Maybe I (we) don’t need to answer that question. Maybe, for now, it’s enough to know that if and when we wave, we have nothing to fear.

What do you think? Do extroverts have the advantage, especially in their love and career lives?