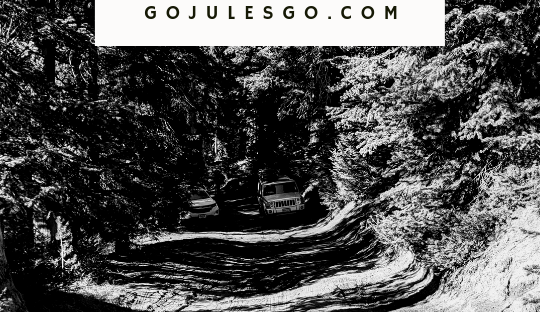 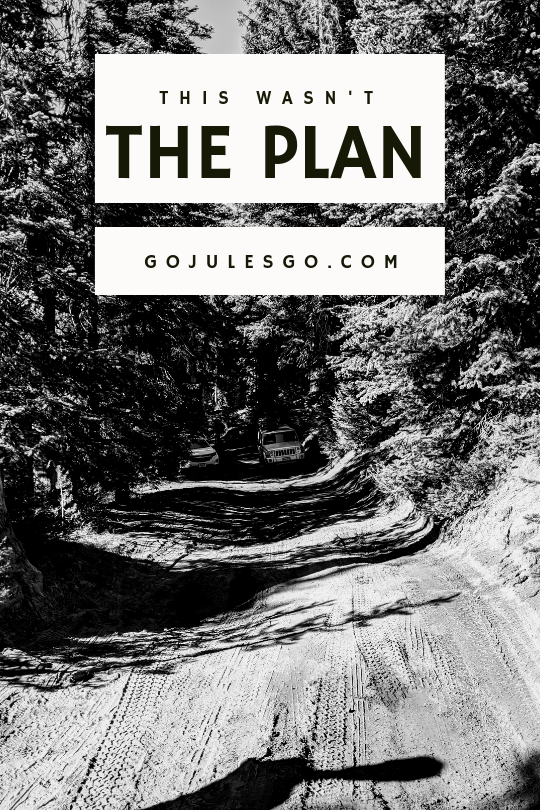 The three of us stared up the hill from the safety of Erin’s Jeep. 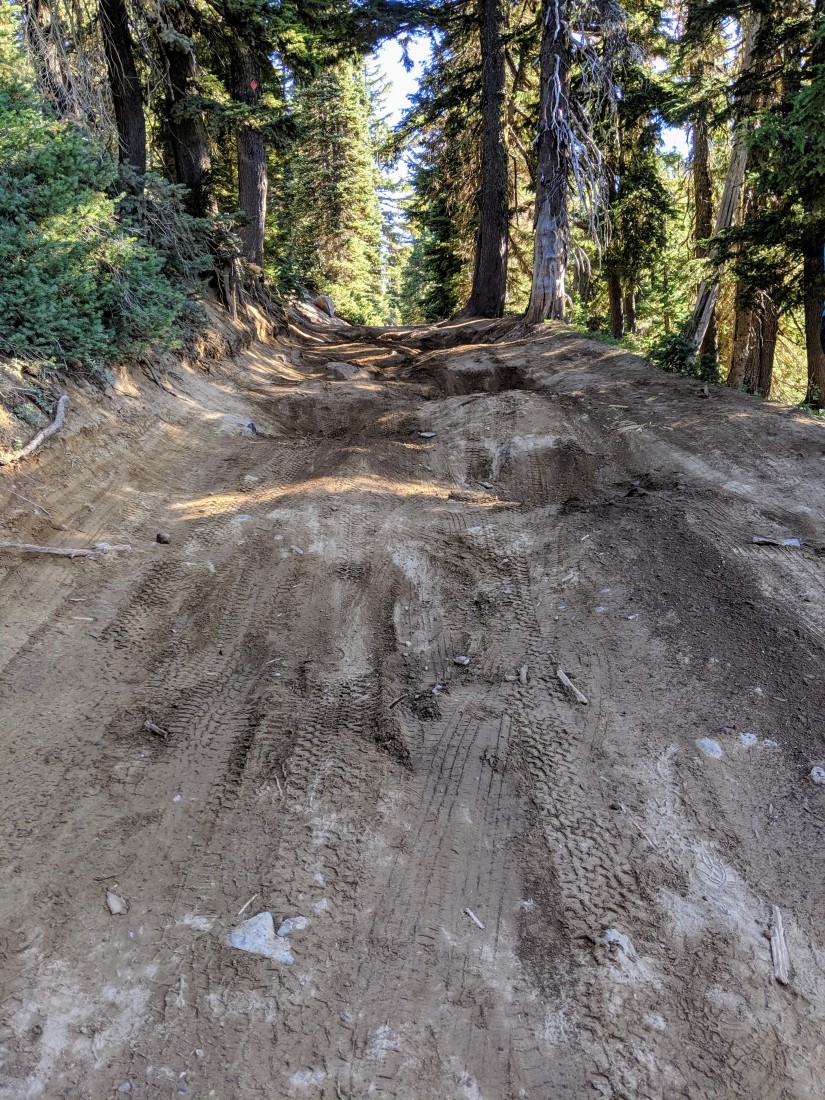 “If that Sprinter van could do it, we can do it,” Other Erin said.

Less off-road-worthy vehicles lined the road, their passengers watching to see who would tackle the beast next. On the other side of the cavernous potholes sat one of the best hikes in the area.

Erin floored it and in a matter of seconds we knew: this wasn’t happening. Other Erin hopped out of the car.

“Okay, turn your wheels this way!” she shouted, motioning with her arms. My heart raced. We were dangerously close to rolling off the edge of the road.

“Don’t worry, the trees will stop a fall,” Erin assured me.

I peered over the side of the car, clutching Uncle Jesse. I am not ready to die.

By the time Other Erin said, “Okay, your front wheel is off the ground,” I wanted to cry.

“I’m sorry, I need to get out,” I blurted and quickly grabbed Uncle Jesse’s leash, fleeing for solid ground. 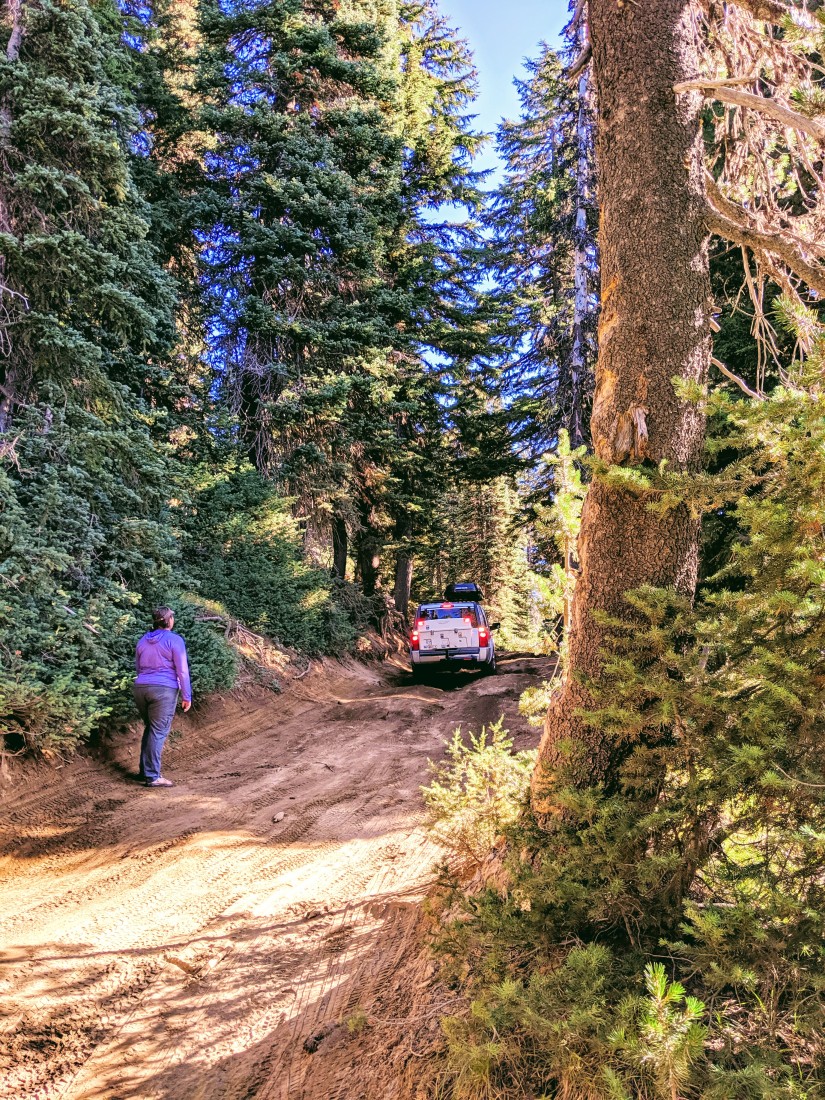 As I scurried down the hill to join the other onlookers, overhearing Other Erin say, “Okay, now three wheels are off the ground,” I thought back to the weekend’s adventures. It was Monday, Labor Day, and I was certain I couldn’t have crammed anymore excitement into a three-day period.

First, there was Uncle Jesse’s inaugural 10k, after which I drank a free hard cider (because this is Oregon), promptly vomited, then hiked uphill to a picture perfect lake where a new friend floated in a unicorn raft while I watched from a hammock strung between two Ponderosa pines. 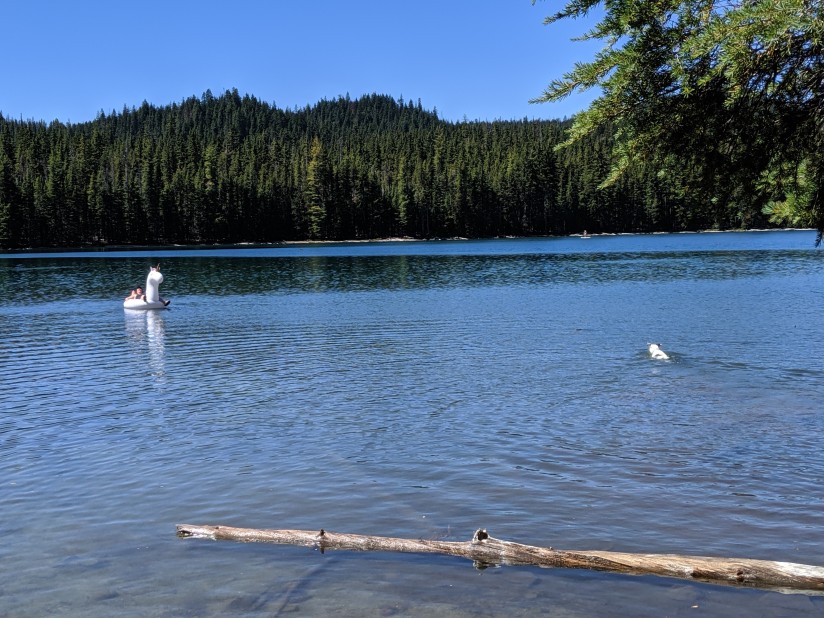 Then I picked up some Pacific Crest Trail hitchhikers who needed a lift and ran into a family whose raft tipped in the Deschutes River rapids, waiting with them until help arrived, followed by an impromptu sing-a-long at a friend’s house. That was Saturday.

Speckled between those moments were more live music, planning my first backpacking trip, skinny dipping in a lake (okay, maybe that was a spectator sport for some), and hard cider – that I did manage to keep down. 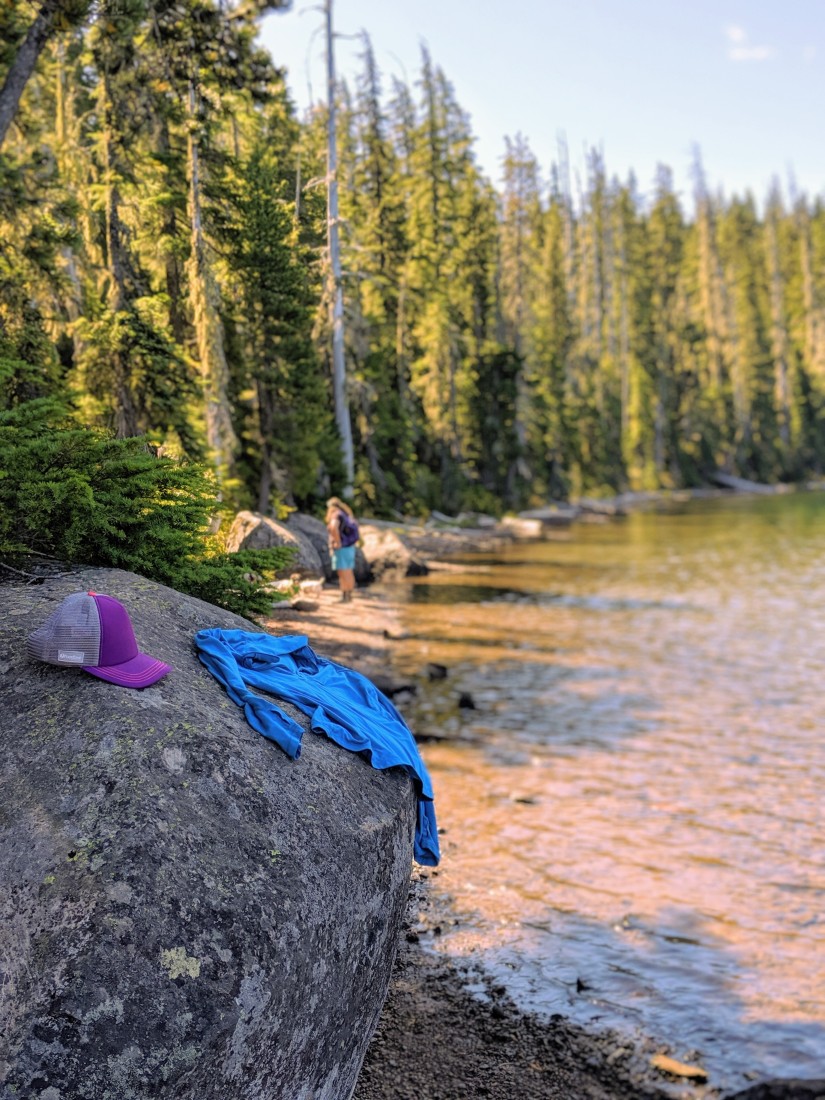 A year ago, I was slogging away on a Masters thesis, working full-time in Corporate America, hauling my $25-a-week Trader Joe’s groceries to a third floor walk-up into a 350 square foot apartment in suburban New Jersey, scrimping and saving every penny I could. I had planned to stay in my hometown for at least three more years, until I had just the right number stockpiled in my checking account.

A year ago, the idea of living in a place where I could hike to a new lake every day, make instant friends, and bump into neighbors on the top of a mountain (more than once), was unfathomable.

A year ago, I hadn’t even met the friends who would help convince me to move to Bend, Oregon, sight unseen.

As I watched Steve, a stranger and Patron Saint of Pothole Navigating, climb into Erin’s Jeep and expertly back us away from certain death, I knew life had many more twists and turns in store.

A short while later, the Erins and some of my other new friends toasted on the shoreline of a beautiful, almost completely private, lake. While it wasn’t the hike we’d set out to do, we couldn’t argue against our good fortune.

How has life surprised you? In early 2019, I hinted that it was going to be a jaw-dropping year. What I didn’t yet realize at that point was just how far one’s jaw could drop.

And I suspect we’re only just getting started.

I’M (ALMOST) HOMELESS, JOBLESS, AND ABOUT TO TRAVEL THE WORLD TO WORK ON MY PASSION PROJECT. 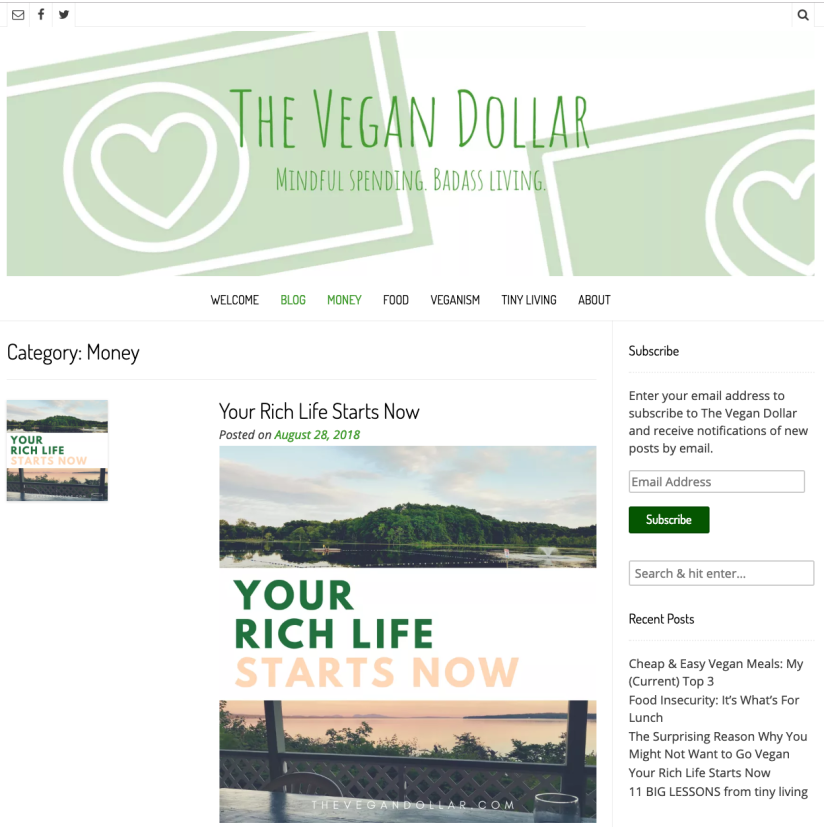 I’m so excited to share all I’ve learned via The Vegan Dollar’s forthcoming YouTube channel, where I’ll review hacks and practical tips, and talk about the mind-blowing lessons I’ve internalized when it comes to spending, saving and turning the status quo on its head.

Do I know what I’m doing? Not really. Does it feel “too soon” to take the leap? Absolutely. Am I scared? Um, YES. Do I let those things stop me anymore?

HECK TO THE NO.

At the risk of sounding saccharine, it’s been both a bumpy and beautiful road to get to a place where I feel comfortable honoring my soul’s gentle (and sometimes not-so-gentle) nudging, and through The Vegan Dollar, I hope to empower others to explore and actualize their dream lives.

Starting March 13th, Uncle Jesse and I hit the open road. While there are so many exciting unknowns ahead, I DO know the coming months will include…

Anything you want to see me cover on The Vegan Dollar? What does chasing your dreams look like?