Today is my brother’s birthday. I don’t think he reads this blog, but I guess I love him anyway. (He did comment once! Back in July, to let me know he was uncomfortable learning we both want to make-out with Emma Watson.)

My brother’s IQ hovers roughly above the 1.5 billion mark, or more accurately, around the place where he posts pictures like this on his Facebook wall just to confuse me: 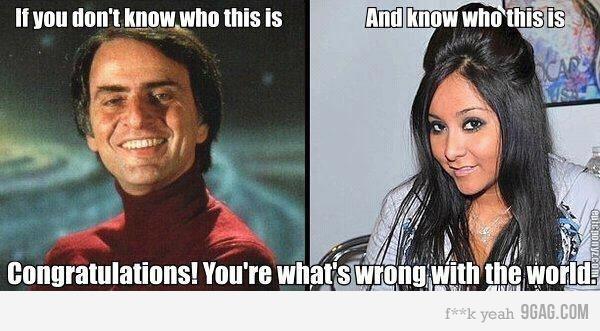 Right now he’s wrapping up the last semester of law school, where he’s on a free ride thanks to his disgusting ability to earn perfect scores on all standardized tests, including the LSATs. Though it sounds like we don’t have much in common, whenever I think back on my comedic influences, my brother is there.

Four years my senior, he introduced me to Teenage Mutant Ninja Turtles and DuckTales, which morphed into an Animaniacs obsession. After that, it was repeat viewings of Spaceballs and The Princess Bride (which he could recite in its entirety, with the voices, by the way). We spent countless hours watching Mystery Science Theater 3000, Whose Line is it Anyway? and Amazing Johnathan (who later helped execute my marriage proposal – as part of his show!).

When my brother sent an email to the family saying he wanted “chimichangas and sh*t” for his birthday dinner, my chipmunk heart rejoiced. But just when I thought we were kindred spirits, he sent another email asking us to make donations in his name to WNYC, in lieu of birthday presents.

Because this guiltless -though typical of him- gesture threw my birthday-loving world off-kilter, I decided to make the donation and then get to work.

In order to make a good balance-restoring gift basket of Guilty Pleasure Wonder for a selfless sibling, you will need: 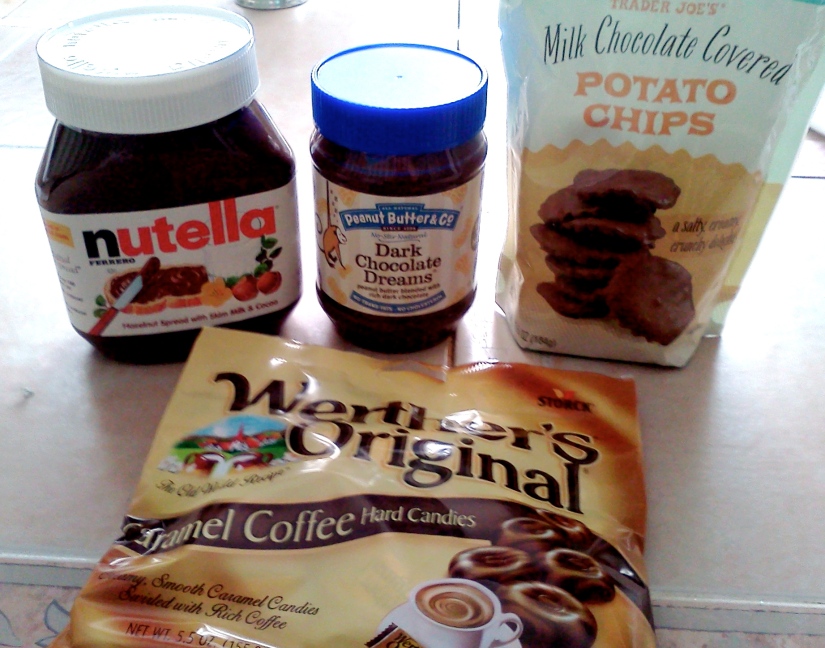 In order to make a magical balance-restoring gift basket of Guilty Pleasure Wonder for a selfless sibling, you must add: 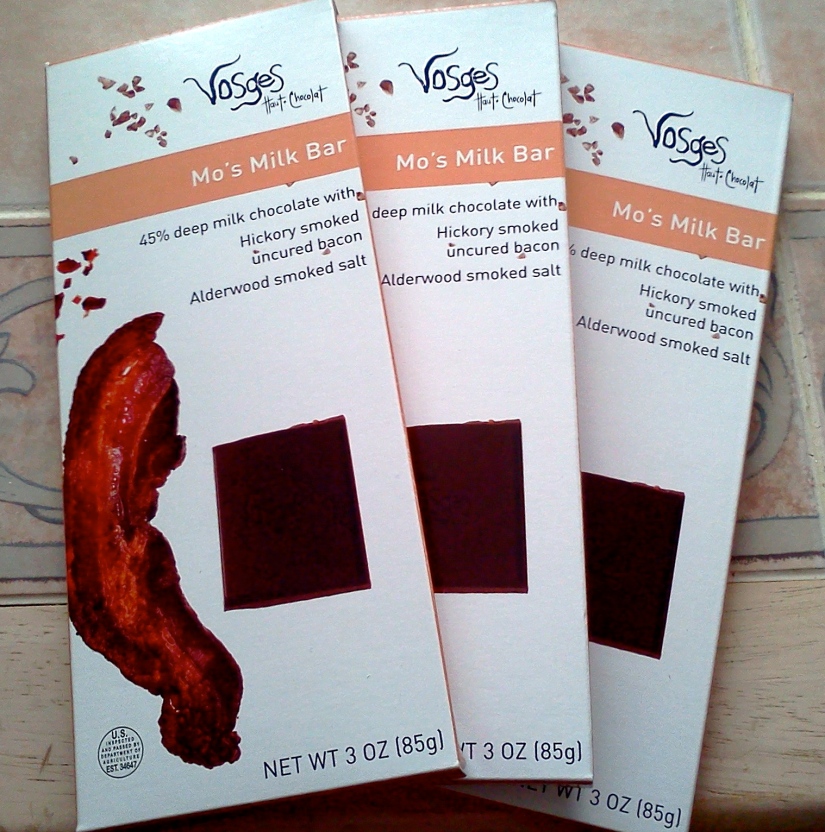 Yes, this is a real thing, and yes, it is worth every penny of its somewhat alarming price tag. Vosges makes Mo’s Bacon Bar, which many learned about a few years ago thanks to the all-knowing Oprah. My wise, caring husband bought me a couple of bars a while back, and my life has never been the same. There are tiny bits of crunchy, salty, melt-in-your-mouth bacony goodness ensconced in some of the creamiest, most delicious milk chocolate I’ve ever tasted. It’s euphoric. Go buy some. Now. I’ll wait. (And if Vosges would like to send me any free chocolate for this endorsement, I guess that would be okay with me.) 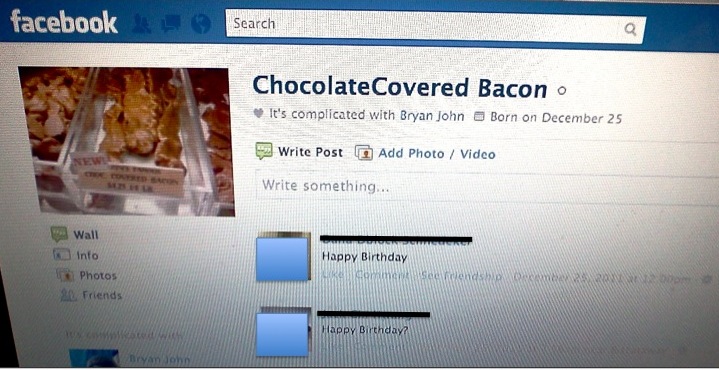 It seemed only fitting that I present him with a tangible representation of his beloved this birthday season:

And just to be sure the guilty pleasure stars were realigned, I made a guilt-ridden family favorite for dessert (double the cream cheese frosting, thank you very much). Guess what kind of cake it is?

Happy birthday, Bryan! May you accept this post as a staggering donation to the Awesomest Sisters of The Universe Foundation. 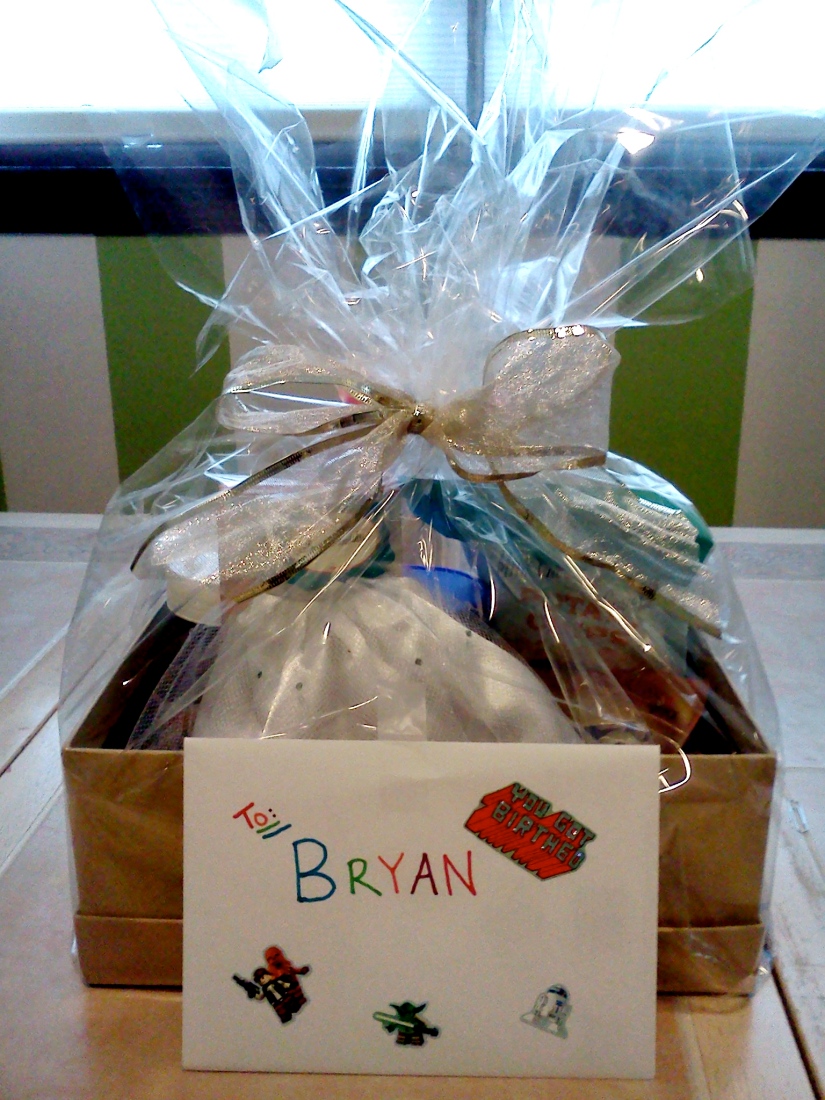