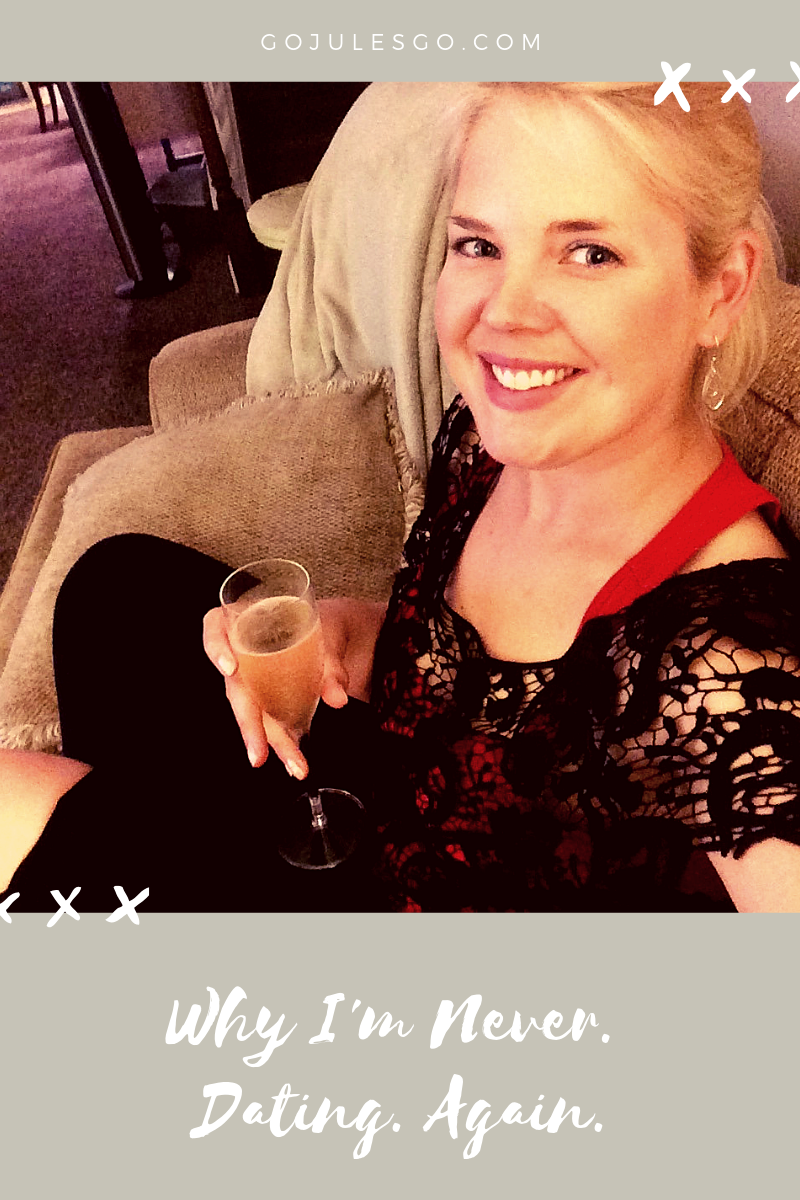 “I don’t have a lot of experience with girls. I mean, like, verrry little.”

Looking back, I probably should have dropped my fork and run. But he was so funny. And had great hair.

It was late March 2015, and Adam was the ninth person I’d met during my 10 first dates in 10 weeks online dating phase. I never made it to the tenth. Our first date lasted nearly six hours, over dinner and drinks at a local gastro pub. (And by gastro pub I mean restaurant that features 117 kinds of beer, dramatically mustachioed waiters and duck confit sliders.)

At 35, Adam was a few years older than I was, animated and full of fun stories. When a position in the arts failed to cover the bills, he settled for manual labor alongside his father, work he described with hilarious disdain. If I had had to guess, I’d have said he’d probably just moved out of his parents’ basement within the past year.

“Next time we’re going to have to go to [the notoriously cheap local Mexican restaurant],” he said after I ordered my third drink (I did mention we were there for six hours, right?).

“I won’t be able to afford your hollow leg!”

At the end of the night, I insisted on paying, knowing I’d racked up an impressive tab with my multiple martinis and tuna tartare compared to his two beers and burger. As with most first dates, I left feeling both energized and drained, and still very much on the fence.

We texted incessantly, and by the end of our second date, I found myself saying, “I reallllly like you” before kissing him. He had been so nervous, I was surprised by how naturally he reacted.

On our third date, we got lost in the subway.

Still, I wrestled with my resolve to keep dating. Meeting strangers and immediately auditioning them for Future Life Partner, or at the very least, Tonsil Hockey Teammate, seemed…WEIRD to me. Maybe because my dating life didn’t begin in earnest until 31 – after my divorce. I had married my first real boyfriend, someone I’d known through work for almost two years before we’d started dating, and we had been together for over ten years.

Nevertheless, in early 2014, newly single, I dove headfirst into two back-to-back relationships via eHarmony, eventually burned and defeated by both. “Gotta get back in the game!” was the conventional wisdom, and since I’d yet to become the baller, independent thinker you see before you today, I went with it. “10 First Dates in 10 Weeks,” I called it.

After that, I entered one more relationship courtesy Match.com that was nice, but not right for me. It was mid-2017 by then and I realized I needed a break. I needed to finish grad school and focus on my passions. I dove headfirst into my thesis, met amazing new people, and lined up an exciting array of adventures for 2019 (heh, stay tuned).

Is that the reason I’m glad I’m single this Valentine’s Day? …Kind of. Have I noticed that I haven’t gone on a date in almost two years? …Sorta. Am I EVER going to date again?

That’s right. You heard me. At some point in 2018 it occurred to me that I wasn’t getting the results I wanted because I was following someone else’s rules. No wonder I was burnt out, frustrated, confused. I thought I just hadn’t found the right app, or tried hard enough, when in fact I was simply looking in all the wrong places. It was so obvious I couldn’t believe I’d missed it:

The only men I’d ever loved were friends first. Including my ex-husband.

We connected over shared laughs, common interests and similar goals. Our paths crossed naturally, and over time, we confided in each other, deepened our trust and developed genuine love. Now that’s what I’m talkin’ about.

So did Adam become a real friend? No. But he certainly was the closest to one I found during my 9 First Dates in 10 Weeks, and he reminded me of what I really wanted. He reminded me that I need to see someone’s heart and soul before I feel comfortable sharing my most vulnerable self.

I admire those who can bare it all sooner, who can meet new people and embrace the uncertainty. I have girlfriends who relish getting to a new city and firing up Bumble. To them, it’s fun and exciting. For me, it’s a fate worse than a chipmunk-less world.

The choice to never date again probably sounds dramatic and sad to those folks. When I made the decision last year? I’d never felt more relieved.

How do you feel about dating? About being single (or not) this Valentine’s Day?