I suppose it was inevitable.

It’s Rachel’s Table‘s fault, really. At least, she’s the one who pointed it out. I never liked her.

Let me back up.

Last Friday, my good bloggy bud, Rache, and I (and our indulgent husbands) met up in Lambertville, New Jersey, under the guise of supporting a favorite local brewery, River Horse.

We had a blast, the true implications of the night yet to dawn on me. Two days later, Rache broke the news. I reacted accordingly.

That’s right. Rache accused me of being a… a… hipster.

I needed time to process this, starting with the above image from Friday night. Sepia, Instagram-esque photo filter. Eep. Then the setting: A no fuss, no muss local brewery with exposed brick and tacky fluorescent lighting. Double eep. Lastly, there was how we ended the night – in an old school bar. Eeps to infinity. As Rache put it, we weren’t even trying to be ironic. Yet it was all so… so… authentically inauthentic.  Winking.

This was a grave matter indeed; I had to do some research. While the rest of you grilled animal flesh and donned red, white and blue in celebration of Memorial Day, I looked up over a dozen definitions of hipster, and read several articles (including this gem from the New York Times, How I Became a Hipster).

If I knew exactly what I was up against, maybe I could stop this tempeh and hemp-powered train from heading straight to Brooklyn. Or worse, Portland.

I read the articles closely.

It was bad. I, along with my hipster brethren, abbreviated words like ridiculous and totally. We watched HBO’s Girls. We drank sazeracs. We obsessed over indie music, local food and sustainable energy.

So why was being a hipster rocking my mustachioed world? For starters, I like plenty of mainstream crap. Oh no. I just called it crap. Well, never mind, forget that one. Also? I’m well scrubbed, don’t look good in plaid, and wool makes me break out. 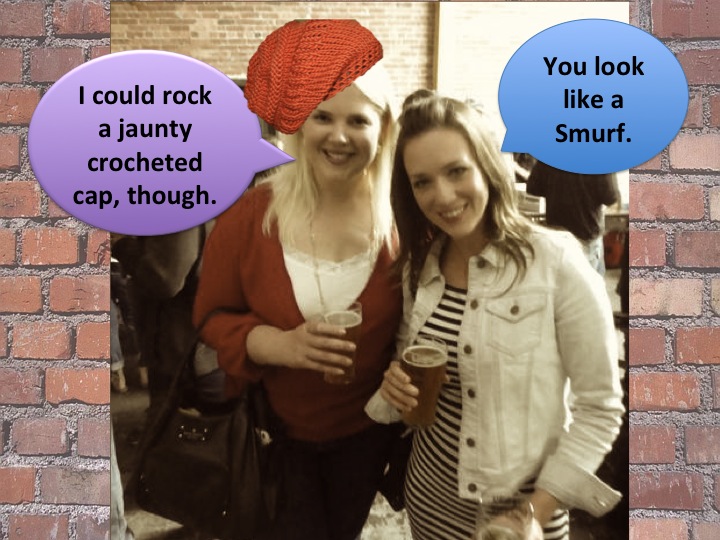 Perhaps most telling, I’ve never said, “I was into ____ before they got big.” (I’ve thought it, though. A lot. And maybe said it ironically, once or twice. …Shoot.)

There is one catch to my seemingly inevitable slide into skinny jeans, rooftop gardening and fixed-gear bicycle riding: I awkwardly, laboriously and spectacularly try and fail to be cool. There is no pretending otherwise. I want to be cool. I want everyone to like me (even hipsters). I do care, and I don’t hide it.

So for now you’ll find me rocking my facial hair the only way I know how. Genuinely.

What does being a hipster mean to you? (For some wildly funny breakdowns on hipsterdom, check out this page on Cracked.com. Toldja I did my research.)