“We’re sorting zee last fruits of zee year today, and these, they go together at zee same time.”

The 6-foot-3 French Hemsworth swaggered towards us carrying two bunches of grapes, one white and one red, leisurely popping the small orbs into his mouth.

“It’s our last day of sorting today,” he repeated, casually spitting seeds off to the side.

The three of us stared at him, mouths agape, borderline catatonic. A flash of bright white blinded us when he smiled.

Erin, Babs (mom) and I had been finishing a winery tour in the Willamette Valley when we’d spotted two bald eagles flying overhead.

“What do you think zey are looking for?” he had asked, his elegant neck craned skyward.

Upon hearing his French accent, Erin hadn’t wasted time in replying, “I think they spotted a tasty treat.”

He had torn his gaze from the sky and laid a set of smoldering eyes on her.

Babs and I had watched the scene unfold in a state of disbelief. Was this a real human? Did men like this exist outside of Hallmark holiday movies? Was he about to tell us he was inheriting the winery from his late uncle and the only thing missing was an awkward blonde to share it with?

“Here, try,” he said, offering us the two bunches of grapes cupped gently in his masculine palm.

I attempted to gracefully pluck a red grape from the bunch closest to me and it fell apart in my fingers. Not unlike every time I tried to pluck a man from the shallow depths of central Oregon’s dating pool…

After a six month dating hiatus following Cameron Who Cancels and Wasn’t Even Worth Blogging About, I evidently hit my head and decided to fire up Hinge. Again. Living in central Oregon -an island of sorts, surrounded on all sides by forest and desert-y nothingness- I knew I was bound to see some familiar faces. When a cute, new, outdoorsy guy sent a like, I cautiously accepted.

Not exactly a panty-dropping opener, but I decided to reply. After a few brief and normal-seeming exchanges, we agreed to meet up the following week after he was done hosting his parents. He was about my age, liberal, had a good job, a dog, and a solid grasp on “you’re” versus “your.” He even picked our meet-up spot instead of punting the decision back to me. What more could a tired, 40-year-old divorcee ask for?

Jules Schnedeker (b. 1982). Fruitless Effort, 2022. Google Pixel photo on blog. A self-portrait captured before the artist fell into another writer’s block.

Shortly after 7 o’clock, I caught a man waving at me from outside the restaurant. Walter came inside looking frazzled.

“Oh no! Okay. Well, you should definitely go check.”

“Of course! You don’t want to be worrying about that the whole night! I can go meet you nearby…wherever you live,” I offered, realizing I was about to reveal that I’d already stalked him online and knew his last name and a few other key details.

“Oh, but this place looks so nice,” he lamented, gazing around the restaurant.

“Why don’t I get us a table outside by the fire and you just come back after you check,” I suggested.

Walter looked relieved. “Okay, I live about 10 minutes away. Thank you so much.”

I sat down outside, eager to get a glass of wine. As the minutes ticked by, I started to wonder if I’d just been ditched. Nah. He wouldn’t have bothered to come inside if he was gonna bail. A half an hour later, Walter finally returned. The moment his rear end hit the chair, he popped back up.

“Need anything?” he asked, gesturing towards my half full glass of crappy Prosecco.

He returned a minute later with a glass full of amber liquid. I’d later find out it was a double shot of whiskey, presumably to make it easier to interrogate me calm his nerves.

“So why did you get divorced?” he asked without missing a beat.

“Well,” I began, my Spidey sense tingling. I knew I was talking to a jilted man. “As sad as it is to say, we fell out of love.”

A horrified look crossed his face. “What do you mean?”

“We were 21 when we started dating,” I explained. “People change…?” It felt uncomfortable dissecting a relationship that had ended nearly a decade earlier with a perfect stranger.

“Whose decision was it?” he pressed. Every time I thought the topic was spent, he found another probing question. “Did you go to therapy? How did you know he was unhappy?”

Before long, my insides screamed, I don’t want to be here! Walter later revealed that he’d had an engagement called off earlier this year, confirming my suspicions.

“I feel like I’m off my game,” I admitted about an hour into the date as I continued to falter from his inquisition.

Rather than offer reassurance, he replied, “Why?”

“The conversation got a little…intense.”

“I like to go deep,” he said and I fought the urge to roll my eyes. “You’re doing better than the one other date I’ve had here. She cried for most of it.”

Why am I not surprised?

“Yeah,” he went on. “I asked about her dating history, and she said she keeps getting used by men who wind up being married and just use her for sex because she’s ‘so good in bed.’ The only other woman I met since I moved here [earlier this year] was from Salem [three hours west]. She came to visit for the weekend and I had to work for part of it. Instead of exploring, she just sat in my living room the entire time. I was attracted to her, but that was such a turn-off.”

I nodded, my inner voice growing louder. I don’t want to be here!

“A sense of humor is the most important thing,” he repeated several times throughout the night while not actually saying anything funny. “And how you reacted to the oven situation was a good test; you were really nice about it.”

Notoriously bad at exiting, the date lasted two and a half hours – which probably meant I passed another test. When we asked for the bill, the waiter automatically brought two separate checks. At least someone read the room tonight. I slowly took mine while Walter made zero attempt to intercept.

“Well,” I said, standing up. “Thanks for having your shit together.” It was the nicest thing I could conjure.

“Thanks for not crying,” he replied, inspiring my first chuckle of the night.

The next day Walter messaged me through Hinge, saying he’d had a good time. “It was nice meeting you,” I replied noncommittally. He then asked “what I was up to” that weekend without making it clear whether or not he was asking me out. I never responded.

When friends asked how it went, I told them the truth.

“The only thing turned on that night was his oven.” 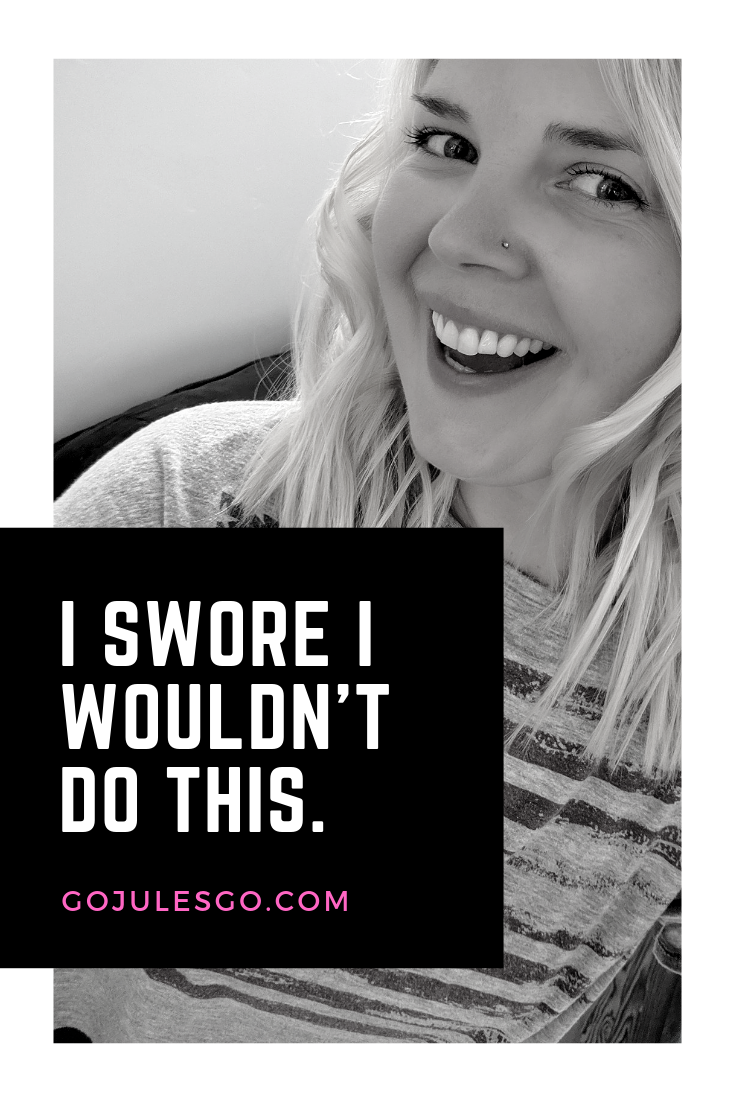 My heart skipped a beat. It was another perfect, sunny summer day in Bend, Oregon. Around every corner of my new Pacific Northwest home, I seemed to find magic. 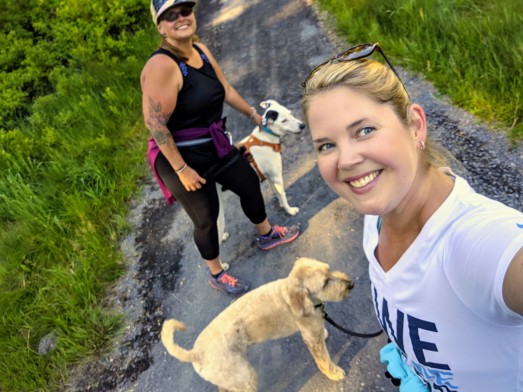 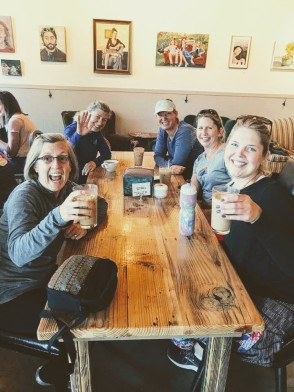 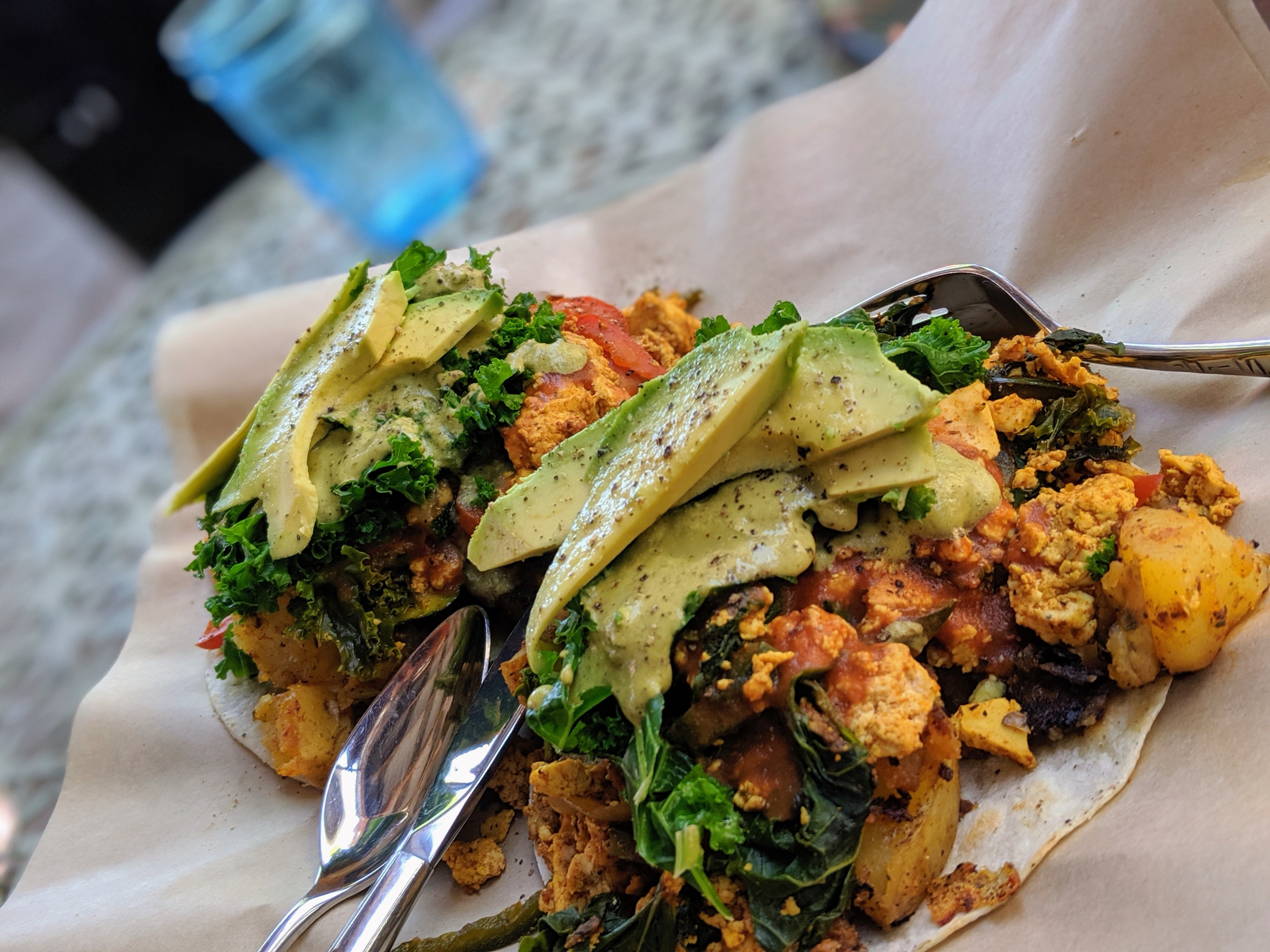 And now this? The L bomb? The only thing missing in my life?

When I arrived in Oregon four weeks ago, I was still on the fence about dating. And not just because I publicly denounced it earlier this year.

Nevertheless, after 2+ years on the No Dating bandwagon, the temptation to peek at what was out there, 3,000 miles from the men with whom I’d repeatedly failed (please refer to links 1 to 1,373 listed above), proved too much to resist.

“All riiiiiight,” I groaned on the phone to my friend, Shawna. “I’ll try Bumble. AGAIN.”

And thus, with a trembling index finger, I downloaded a dreaded dating app on my hitherto untainted phone.

This time, though, I decided I’d cut right to the chase. “If you want to meet for coffee or beer sometime, let me know!” my initial messages read. (In the Bumble world, the women always make the first move.)

If the Bend, Oregon Bumble selection were an ocean filled with fish… No. I can’t even finish that metaphor. Because we are not talking “ocean.” We are talking lake. No. Still not right. Pond. Teeny, tiny pond.

I didn’t have a lot of time to dive in because almost as soon as I got to Oregon, I was off to Boot Camp. I returned to a message from “Dave” that made me laugh. (And if there’s one thing I promised myself, were I to ever dip a toe in the treacherous dating waters again, it was: He gots to bring it with the ha-ha’s.)

Two days later, I pulled into a brewery parking lot right on time and saw a guy leaning on the fence. That might be him…

The guy in question looked down at his phone, so I hopped out of my car and walked over with a wide smile and outstretched hand. Something immediately felt off, but I followed him inside.

“I’m excited to try this place!” I offered.

“Yeah yeah yeah, they have some good stuff! I always get the Sweet Ass.”

I snorted, spotting a sign that read, “Sweet As! Pacific Ale.”

He talked quickly and didn’t make eye contact, but offered to buy my beer. We were well within the happy hour timeframe, so I thanked him and we took our selections outside, where there was an impressively grassy outdoor area and live music revving up.

“Yeah so you just moved here, huh? Yeah?” he said as we sat down.

I eyed him closely. Coke. It’s gotta be coke. Or is he just that nervous?! The next two hours were filled with frenetic conversation, me asking question after question. He talked about his Aunt. A lot. And a former tenant of his garage apartment.

“Let me finish the story!” he said in a tone so scathing I put a hand to my heart.

“No worries,” he gulped his beer and carried on.

When the two hour Suffer Fest was over, I pulled into my driveway, debating whether or not I should try to still salvage the night. Just then, someone came running up from the house next door, bouncing around the side of my car until she could give me a hug.

I decided to stay right where I was.

Any advice, or can I finally marry my dog?