Come with me, Chipmunks, on a little trip…

A little trip to Maryland for a family retirement party. Pretend it’s this past Saturday and your friend Jules is looking very overdressed in her lacy black dress…

Peppermeister (Husband Number Uno) and I headed down to Maryland in the morning and made great time – under 4 hours from western New Jersey.

We were staying overnight, but didn’t have time to check into the hotel first. No matter, because once at the party, I got to do one of my favorite things: 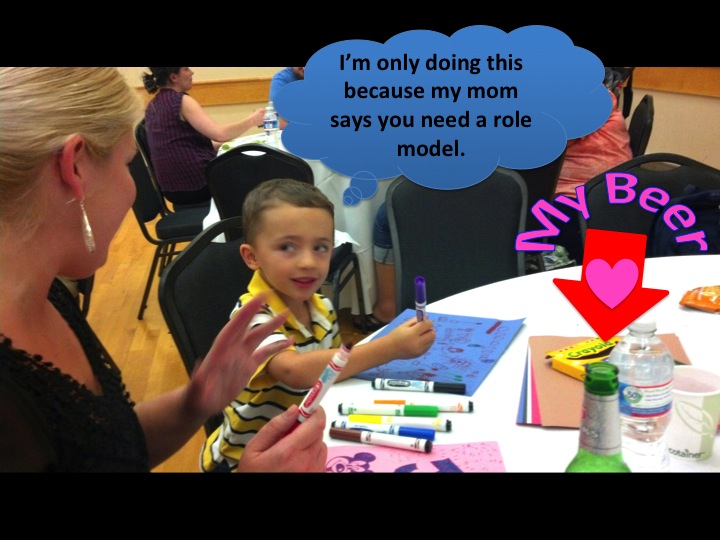 I had to keep a safe distance from my other adorable nephew, who brought just one toy. Yes. A scorpion. The only thing I fear more than a world without cheese.

After the party, Peppermeister and I headed a little over 20 miles north to Baltimore to check into our hotel. We paid to park, and dragged our luggage (complete with cooler full of beer, natch) a long distance through the parking deck. We anticipated issues at the front desk, because Peppermeister and his dad have the same name.

Sure enough, they didn’t have us on record. Peppermeister called his parents, who had somehow gotten to the hotel before us, despite having left the party after us.

It all soon made sense, though.

Because we were at the wrong hotel.

We’d driven 20+ miles away from the party and the correct hotel because, like Peppermeister and his dad, both hotels had the same name.

We hauled everything all the way back to the parking deck, where this happened: 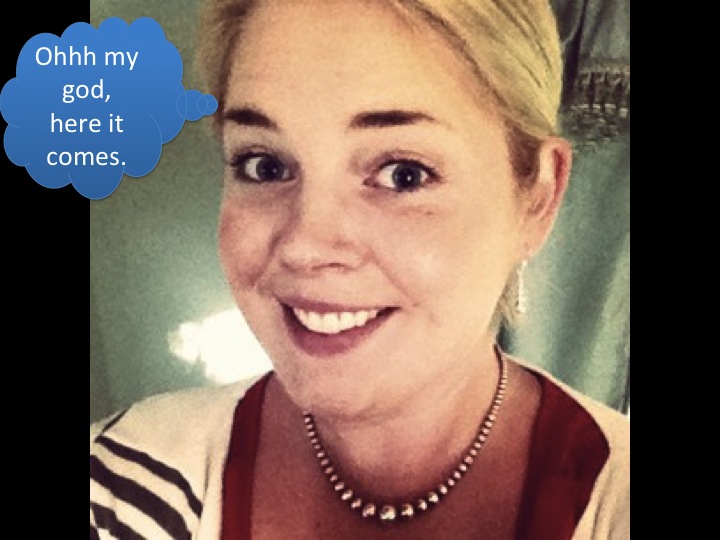 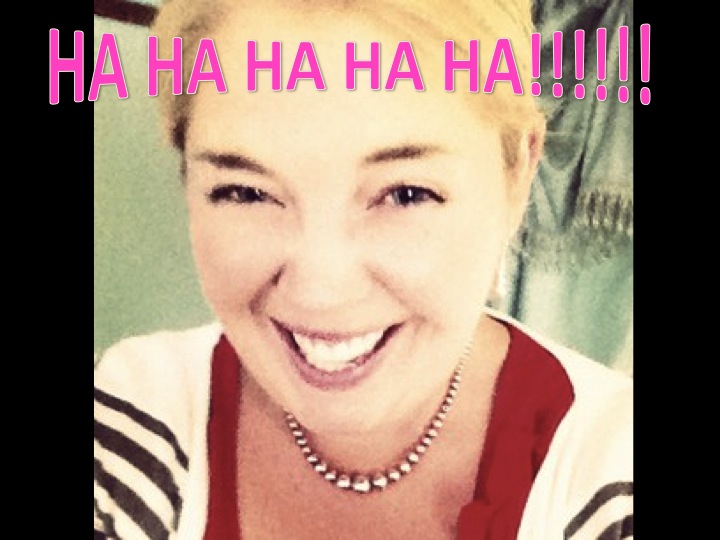 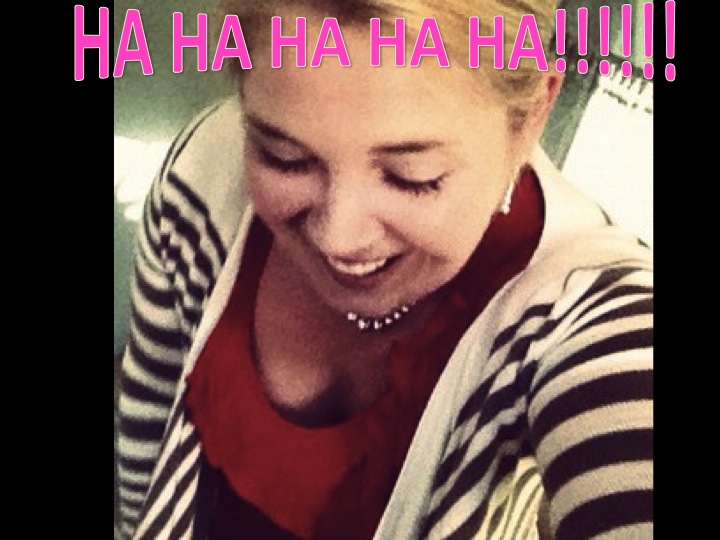 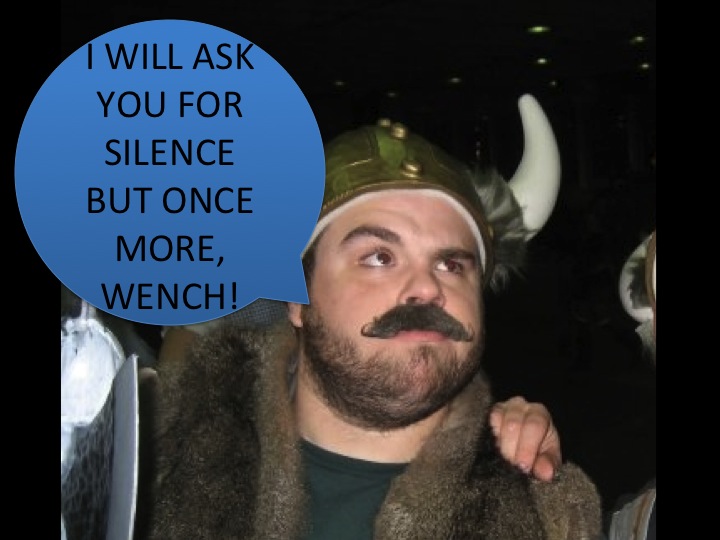 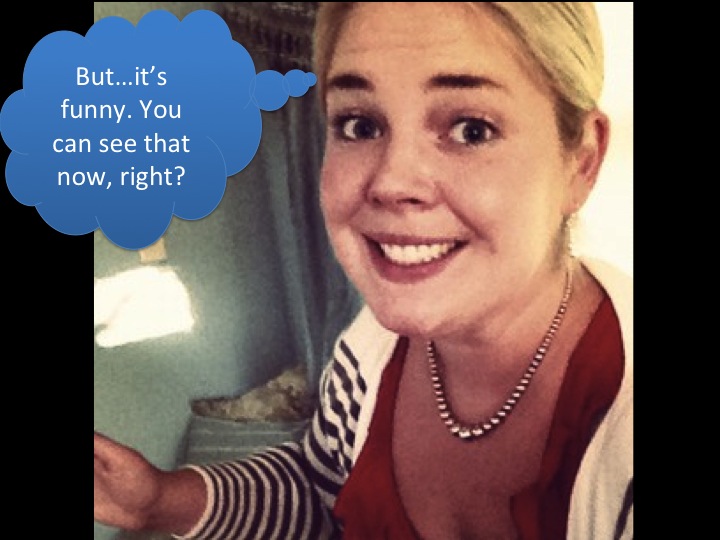 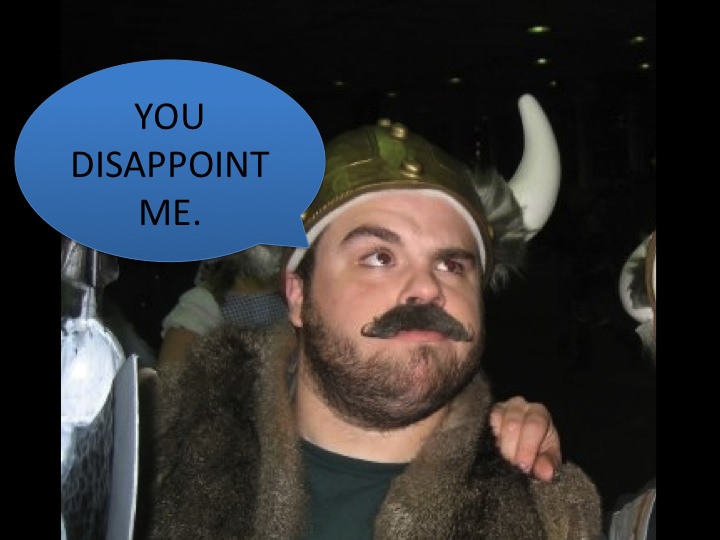 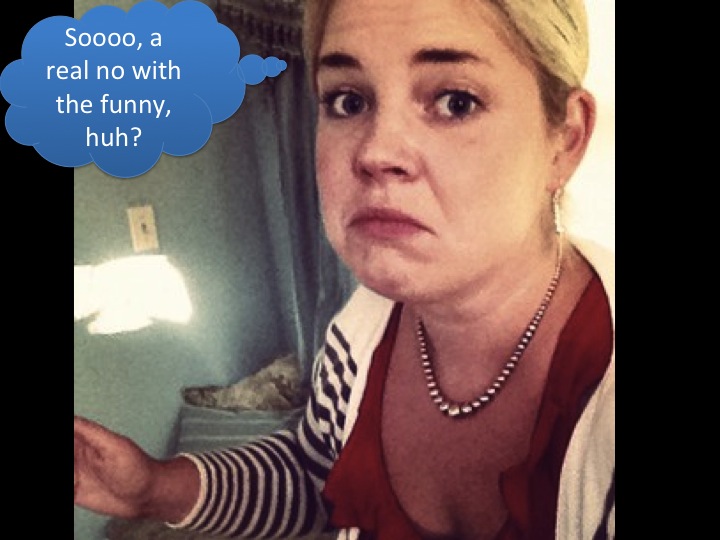 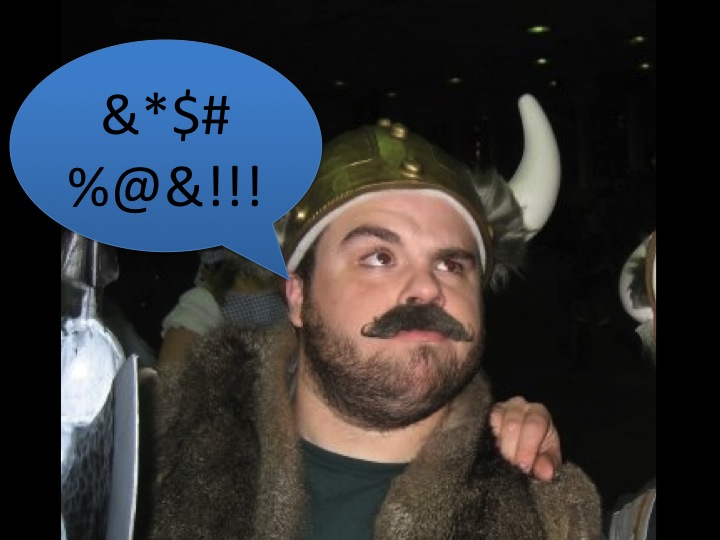 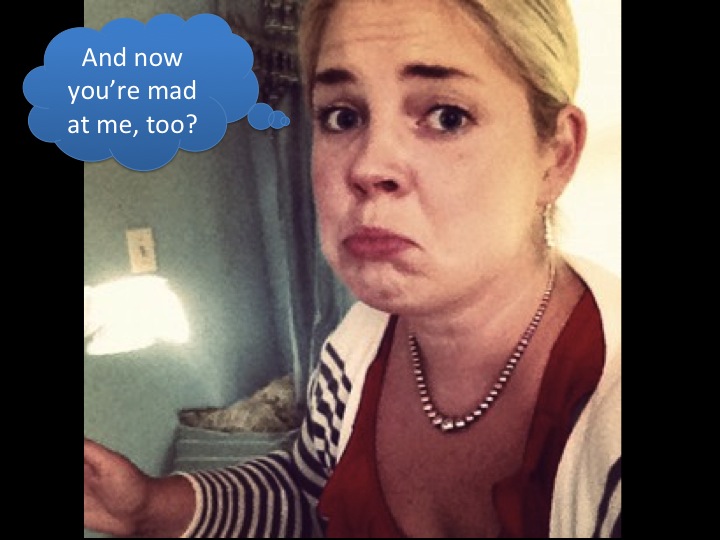 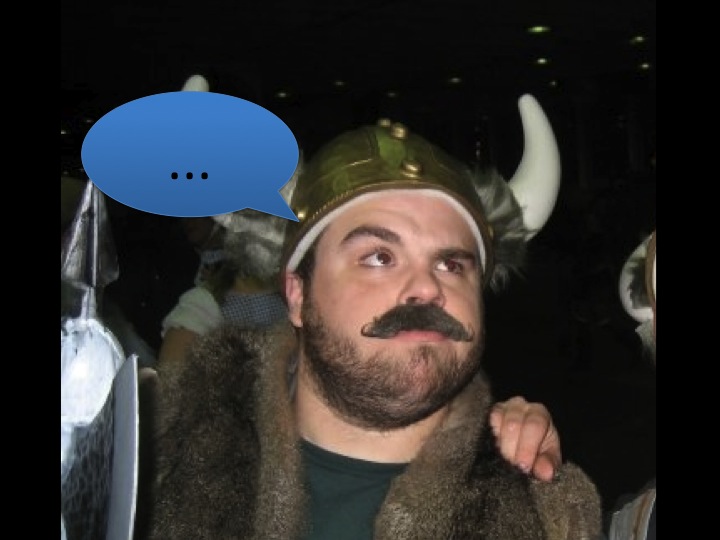 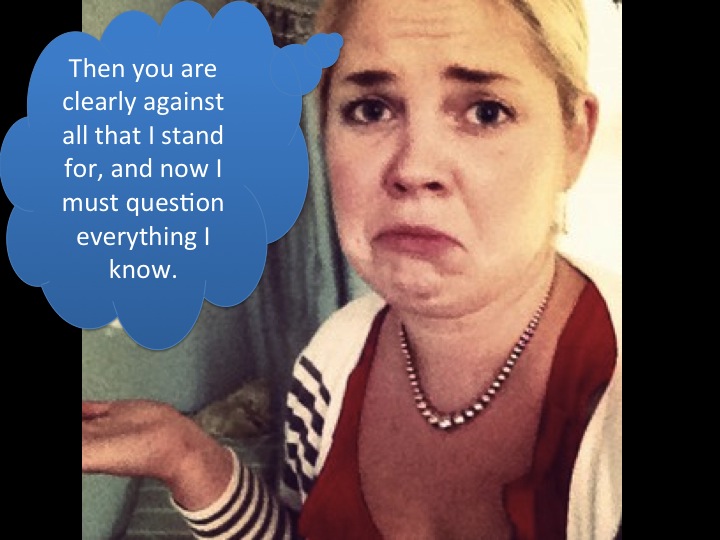 Thirty minutes later, when we walked into the RIGHT hotel lobby, Peppermeister’s family members greeted us with snickers.

“How was Baltimore?” they all chortled, one by one, as we passed. (“A gauntlet of chop-busting,” Peppermeister would later call it.) I shook my head warningly in Peppermeister’s general direction, and wondered how Second Husband would have handled this situation. Probably with a sense of humor. And a song and dance routine.

I made a mental note to recommit to finding Second Husband’s cell phone number.

We got to our room and changed into casual clothes. Where were we headed for dinner?

Baltimore! A few blocks from the “wrong” hotel!

Yes, I was still laughing. And no, Peppermeister was still not. Okay. Maybe a little.

In the end, we both had a lovely time, but I called it a night after dinner and drinks.

Peppermeister and I were sound asleep by 12:30.

That’s when the fire alarm went off in our room and throughout the hotel.

We stumbled to get dressed and evacuate, but found out it was a false alarm (literally). Sound asleep once more, the alarm went off again, accompanied by a seizure-inducing strobe light.

By now it was clear the alarm system had gone Charlie Sheen. If we weren’t totally sure, we would be by 5:30am. Because the alarm would go on and off for the next five hours.

“This never would have happened if we’d stayed at the wrong hotel,” I said for the hundredth time, still finding it funny.

We would have been tempted to just pack up and drive home (as some people did), except we were meeting my bloggy friend, Rache, from Rachel’s Table on the way home. There was no way I was missing out on the woman who pulled off one of the greatest slap bracelet coups of all time.

Any vacations-gone-awry stories? When don’t you and your significant other see eye to eye?

57 thoughts on “No Way I Was Missing My Reservation at Rachel’s Table: THE PREQUEL” 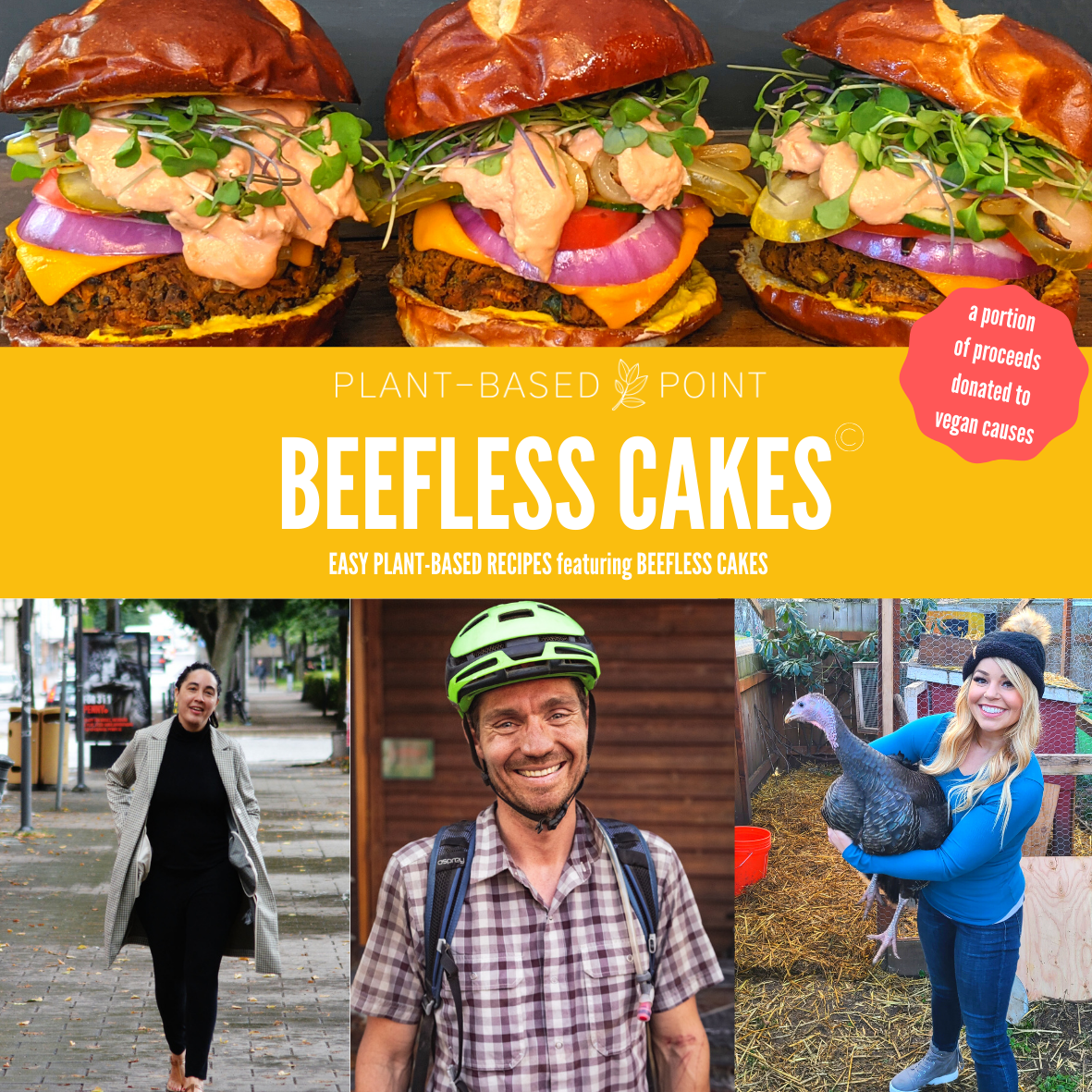